The ability to identify spermatozoa is a particularly important technique in forensic science, for example within the scope of solving sexual crimes. A suspected perpetrator’s sperm needs to be detected on the victim’s clothing and identified through the use of a specific test. This is achieved, for example, through the use of RSID-Semen test kits, which react positively to semenogelin (a protein from the male seminal vesicle). With the help of short tandem repeat (STR) typing, otherwise known as the “genetic fingerprint,” it is possible to match a specific individual profile to the person who left the sample.
Rapes and sexual assaults are not always reported right away. Often, weeks or months pass between the committing of a crime and the analysis of the sample by forensic geneticists. During this period of time, evidence relevant to the crime, like the victim’s bedclothes or clothing, is frequently washed once or multiple times. 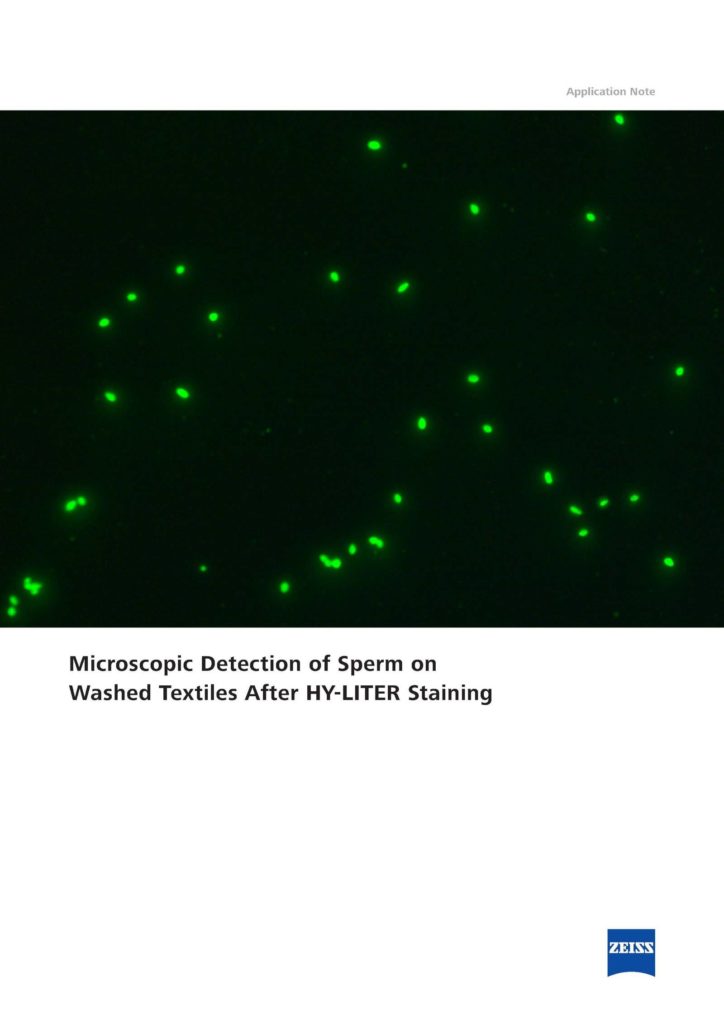 This study shows that even after two washing cycles at a water temperature of 60 °C, a sufficient number of sperm cells can still be detected via light microscopy and used to create a genetic fingerprint.
Download the application note.
Learn more about ZEISS light microscopes.